Elizabeth & Justin met at Princeton University where they both graduated in 2007.  They are getting married at Glen Foerd Mansion in June 2010.

We each attended the Princeton tradition of “Lawnparties.” Bands play on the lawns of the old mansions on campus and everyone wanders around enjoying the music,  wearing pastel colors, and drinking beer.  Justin was friendly with some girls I was becoming close with and are now 3 of my bridesmaids. He was meeting up with them, and  a mutual friend, Natalia,  introduced us .  Justin told her I was “cute” and asked if I had a boyfriend.  I did have a boyfriend, but that didn’t stop Justin from pursuing a friendship with me!  He took me out for coffee and casual meals at the campus center.  I broke up with my boyfriend and shortly thereafter Justin asked me out for our first real date: Dinner at a local Thai restaurant and afterwards we shared an ice cream sundae.

On April 1, 2005 we officially started dating.  We had some rocky times and actually went our separate ways after college, even though we  had our parents meet and all go out to dinner together at graduation.  I had accepted a job back near Philadelphia and he accepted a job outside of NYC.  After going our separate ways;  we soon realized that this wasn’t going to work!  We ended up trying to be together, traveling back and forth nearly every weekend between New York and Philly. Finally, Justin moved to PA so that we could be close again. 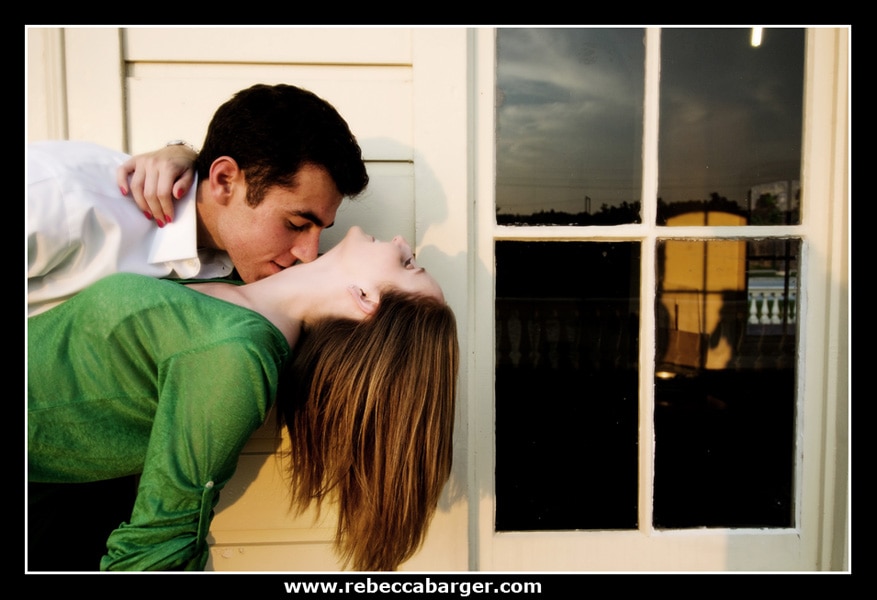 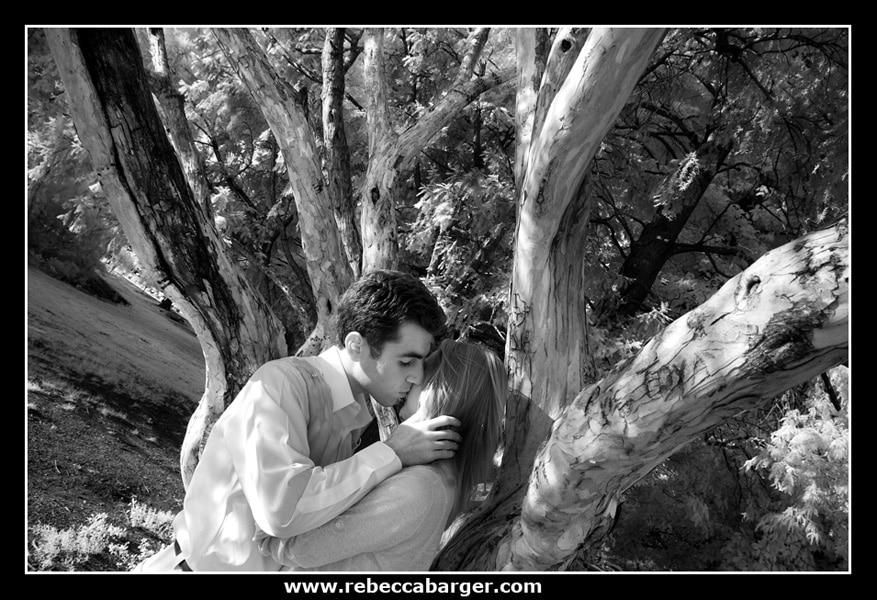 On April 3, 2009, just two days after our four year anniversary, Justin proposed.  My parents were visiting that week from Tulsa.  Justin asked his parents to take time off and drive to Conshohocken from Albany so that they could witness the proposal.  They ended up waiting in the car for a couple of hours for the go ahead to come in.  Justin brought them in, got down on one knee, and proposed in front of both sets of parents!  I was so thankful that my parents were able to share in the moment and also in the celebration after.  I didn’t know how soon I’d see them again and it meant so much to me to share our joy with them face-to-face.  As soon as he walked in with his parents, I started crying, and cried throughout the proposal and didn’t stop for at least 15 min. after the proposal.  I was just blown away! 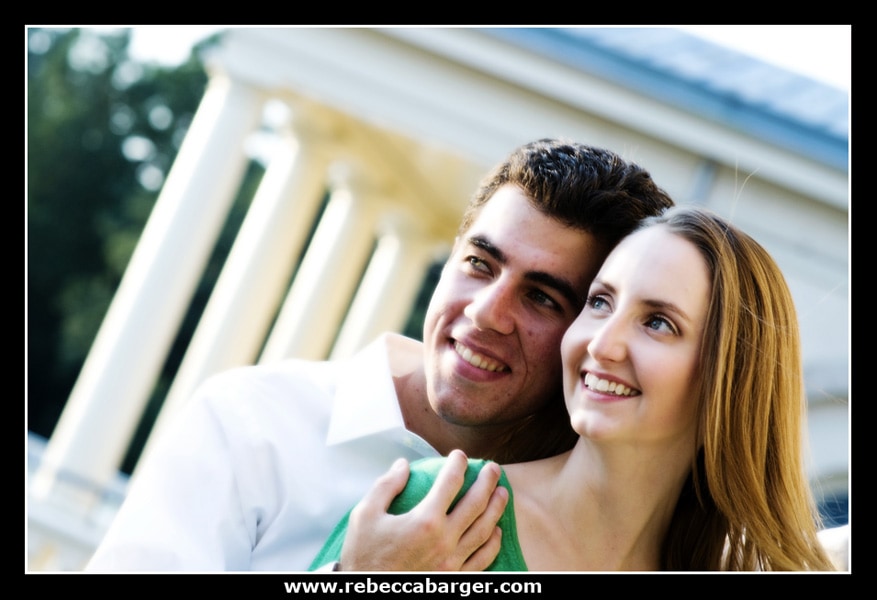 Cosmetics by Cindy Singer at Dylan Michael Cosmetics in Jenkintown. 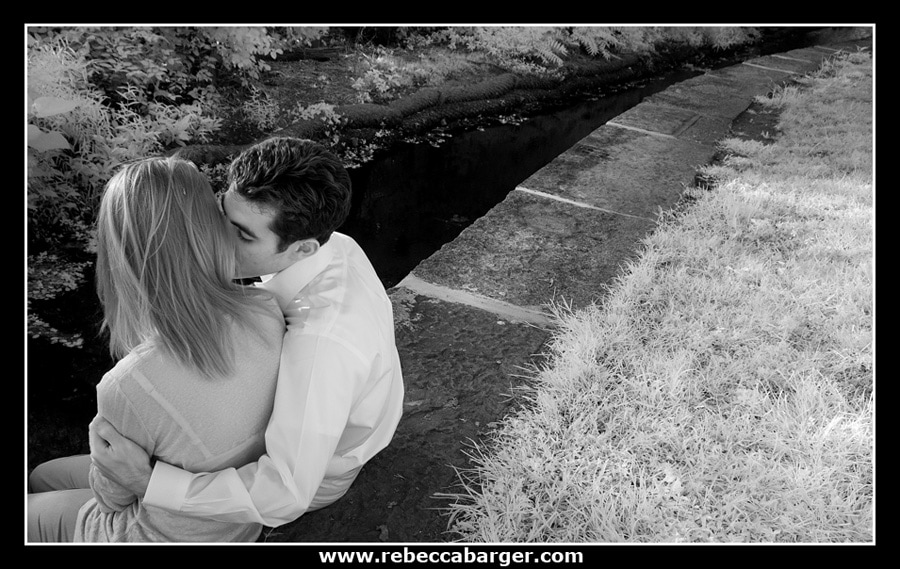 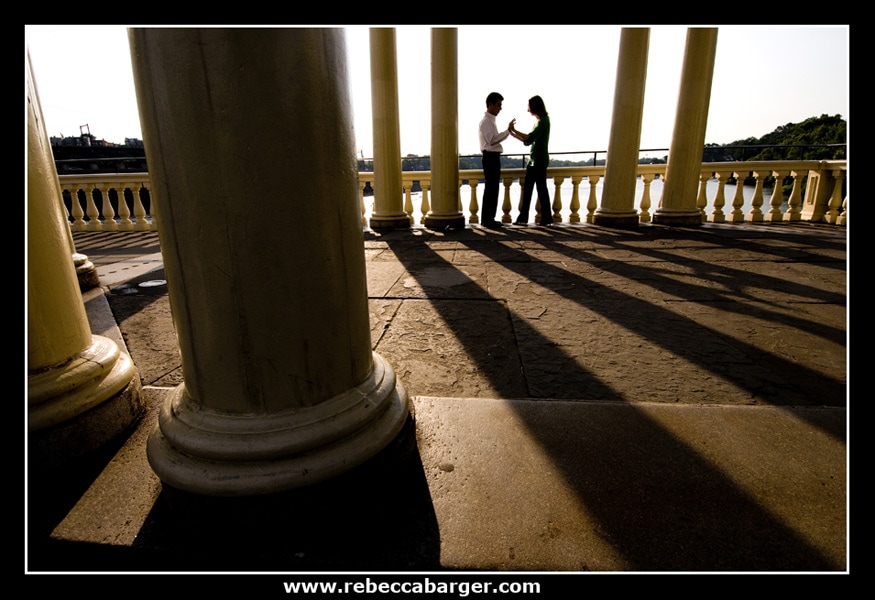 First,  we first had to pick a general location to host our wedding celebration.  Our family and friends are spread out across the entire country  and we realized that no matter where we got married it would mean that 80% of our guests would have to travel.  At least near Philadelphia, many of our friends and most of Justin’s family could avoid plane travel to Oklahoma, where I’m from.   We also knew that  a “big ballroom” wedding was not our style.  We preferred a more intimate event, with the flow and atmosphere that a mansion setting could offer.   Glen Foerd Mansion, located on the Philadelphia & Bucks County border,  had everything we wanted!   Justin loves being near water, and the Mansion sits on the Delaware River, which offers a beautiful outdoor setting and also an awesome  atrium for dancing.  Glen Foerd also had a reasonable back-up plan in case of rain.  I have already eaten Conroy Catering’s food twice, so I knew it was delicious.  Food is very important to us, both being Italian, and we enjoy going out to nice dinners and cooking elaborate meals together. 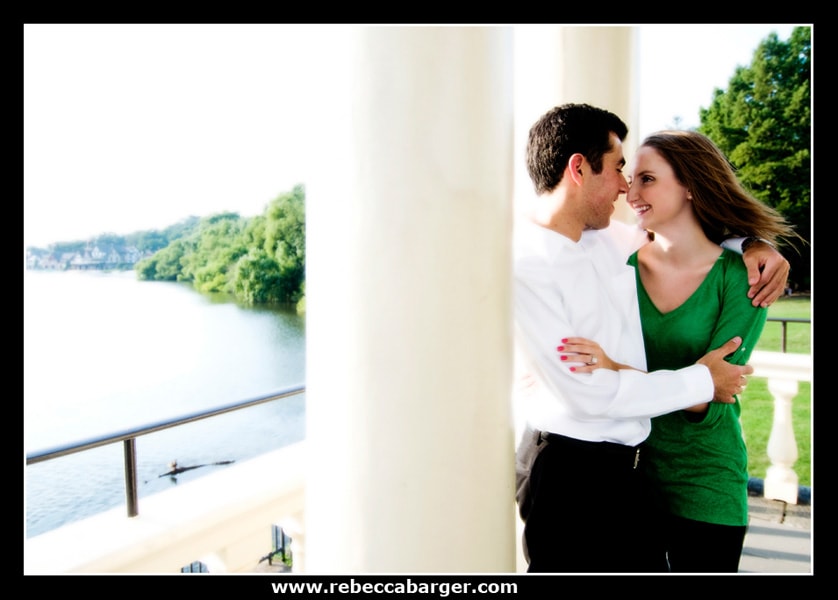 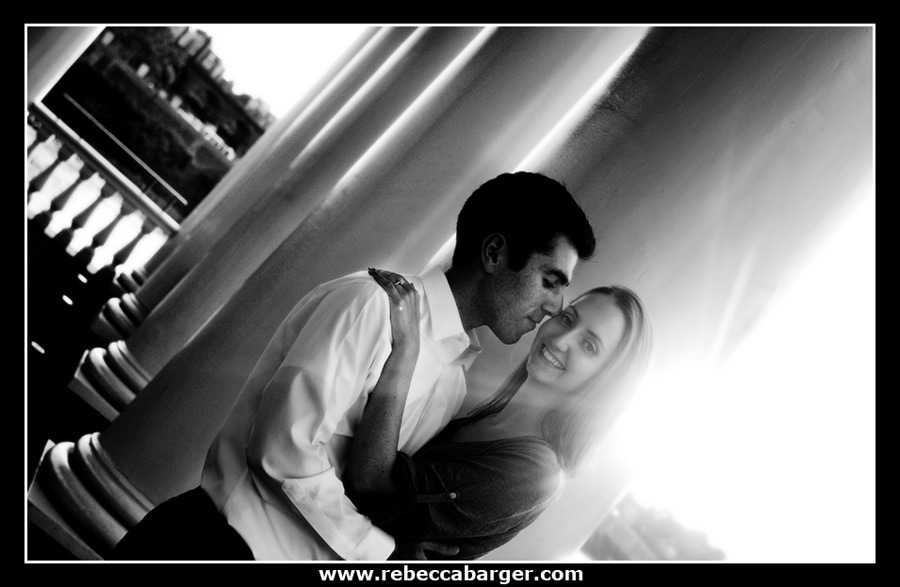 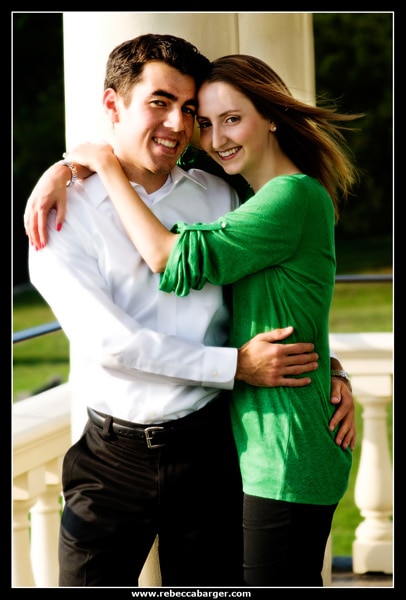 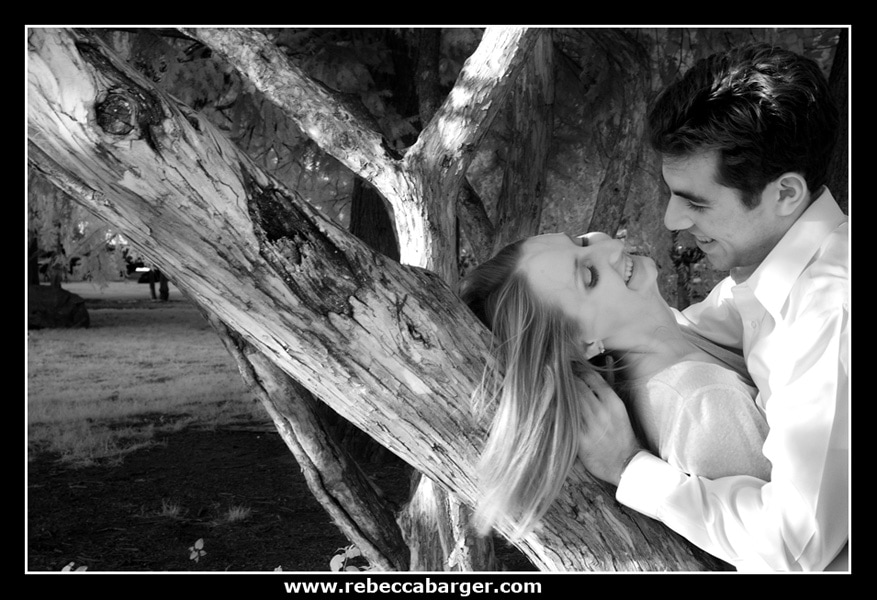 Looking Forward to a Life Together!

As a couple, we really enjoy long walks/runs together, going to the beach, and playing games together.  Although our temperaments are quite different, we actually come from very similar families and had strikingly similar high school careers.  We’ve been through so much together, so many ups and downs, so many stressful times, that we really feel we can make it through anything.  We can’t wait to get married!

Are you family or friends of Elizabeth & Justin?

If so, please sign up at this link, to view the rest of their engagement photos and to see their wedding photos next year!